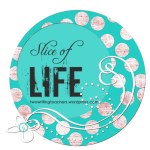 A few days ago, I checked my e-mail messages and I found two  e-mails from my mom. I love that she embraces technology. She wrote to me in Korean and sent me a link to two videos via the Internet. The first e-mail was a link to the video of Yuna Kim’s short program at the World Figure Skating Championships. The second e-mail was a video link to Yuna Kim’s rival, Asado Mao’s short program.

My mom knows me so well. I grew up figure skating since I was 8 years olds or so. Even though I don’t skate anymore, I still love watching figure skating especially Yuna Kim. I have so much respect and admiration for this 22 year old from Korea. I really admire her artistry, athleticism and ability to perform consistently during pressure. She decided to come back to the amateur ranks after winning the gold medal in the Vancouver Olympics in 2010. Even though this was her first major competition after taking a break for about 2 years, she dominated this competition. Once again, she showed that she is truly in her own league that no one can come close. Her final score was 218.31 points. There was a gap of 20.42 points between gold and silver which was the biggest gap in the past 9 years of this scoring system!

I wanted to share her long program in which she skates an incredibly moving and powerful program, but it’s to one of my favorite stories, Les Miserables! Enjoy.

*I love the American commentators in the background. However, they are not as good as Scott Hamilton!

6 thoughts on “The Queen is Back”