As a New Yorker, I’ve been spoiled with amazing cupcakes. There’s Magnolia’s bakery, Buttercup, Amy’s Bread, Crumb’s and much more. Coming to Seoul, I’ve been disappointed at their attempt at cupcakes. I had been hearing of this place called Life is Just a Cup of Cake in Itaewon. It is known to have pretty good cupcakes. I found this small and quaint cupcake cafe with my friends last week. We ordered the red velvet (of course), green tea, and earl grey cupcakes. Out of the three cupcakes we ordered, the red velvet was the best. I also did like the distinct taste of the earl grey cupcakes.

The cupcakes didn’t stand out compared to the other places I’ve tried here in Seoul. Like most other bakeries, the cupcake was very light and airy. I wish the cake part could have been more moist. The icing was also very light and airy. I prefer the thick and dense icing you get on Magnolia’s and Buttercup cupcakes!  So the search for a good cupcake place in Seoul continues. Does anyone else have any good recommendations? 🙂

Get off Itaewon station, exit 2.

You’ll see it immediately on the right side.

More specific directions can be found on their blog: http://www.cupcake.co.kr/stores 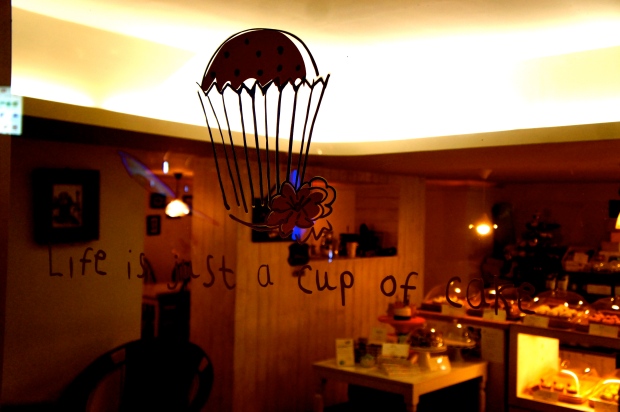 2 thoughts on “Life is Just a Cup of Cake”